I don’t always play with a band, but when I do

I play with some of the best musicians in town. 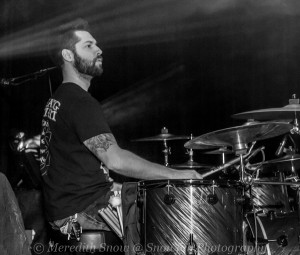 CJ Kacala is many things, but above all else, he is a drummer. Born and raised in Buffalo, NY, he has been performing in the area since 2005. In the effort to remain limitless with his range of style, he has performed with a wide array of groups such as Dropset, 8 Years, The David Nolf Band, Hotel Bravo, and BROAK. He has also recorded albums with punk rock outfit Five Below, and southern rock/country band 100 Proof Justice, which was signed to Indie on Air! Records.

CJ has performed at venues all over Western New York and Northern PA, and has had the privilege of sharing the stage with acts including Molly Hatchet, Blackberry Smoke, John Michael Montgomery, Marianas Trench, and Huey Lewis & The News.

CJ, while hosting an open mic in 2009, first met Tim. It was in that moment, where the worlds of these two musicians first collided, that the direct result was an instantaneous bromance. To solidify the bond, he officially joined the Tim Britt Band in 2013, and remains continuously inspired by the music scene all over Buffalo.

Only on the rarest of occasions would you see CJ performing without his DW drums and hardware, Sabian cymbals, Vic Firth sticks, and Remo heads. Never shying away from venues where the drinks are cheap but the atmosphere legit, even in the tightest of spaces he always manages to find room for his eclectic mix of Latin percussive instruments.

When presented with the luxury of what non-musicians commonly refer to as free time, CJ spends it with his wife Kristin and two dogs, Penguin and Ziggy. He also is the former Co-host and Booking Guy of the now defunct Buffalo-based internet radio show, The Starve Podcast.

Gerald is a veteran 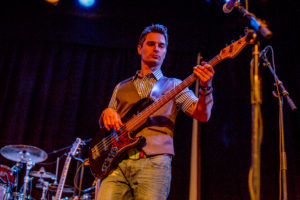 musician who does it all. You might say a Jack of all trades, master of none. A versatile muse, he is extremely mediocre on many different instruments such as piano/keyboards, guitar, bass and drums. He’s also pretty good at faking background vocals, especially when he doesn’t know the lyrics. Gerald currently slaps the bass and provides angelic harmonies for the Tim Britt Band. He also plays the foot drum, cymbals, bass and harmonica all while singing and occasionally reading the newspaper for the acoustic duo Cue the Sun. 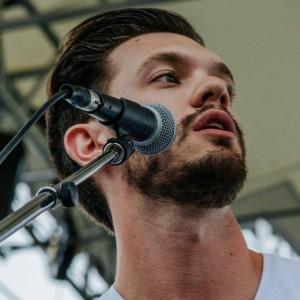 Anthony Joyce is a self-taught keyboard/vocalist from Niagara Falls, NY. He first started playing piano at the age of 14 and has not improved much since. As he began to improve in his late teens he took on the craft of “beat-making.” This musical production aspect would lead him to join his first rock group, The David Nolf Band. Playing his very first show to a crowd of roughly 200 people at a Battle of the Bands; not only did the band win this competition, it awarded them a chance to play to a sold out crowd in the same Rapids Theater venue a year later. Since then, Anthony has performed in groups that have opened for national acts including, Sloan, Pat Benetar, Huey Lewis and the News, Marianas Trench and U.S.S. Anthony now plays keys and sings in the Tim Britt Band. His playing style can be best described as a good ole’ fashioned “knuckle roll” here and there.